I just discovered what GYST stands for: Get Your Shit Together

… which is so apt to what I am facing right now. I have been tracking my weight for the past few weeks, and today being a brand new month, I thought I looked back at my weight readings in October. And I wish I hadn’t.

So I think it’s time to get MY shit together.

D and I have not touched McDonald’s food in October, we ate healthily 90% of the times (the remaining 10% included cakes on our birthdays, and that is our right) through meal prepping, and they say weight loss is made up of 80% diet and 20% exercise.

Oh my goodness, where is Motivation when you need her?

A few weeks ago, I posted a few photos mentioning an ‘experiment’ D & I were carrying out… as our effort to lose weight and figuring out the best method, we tried out INTERMITTENT FASTING. 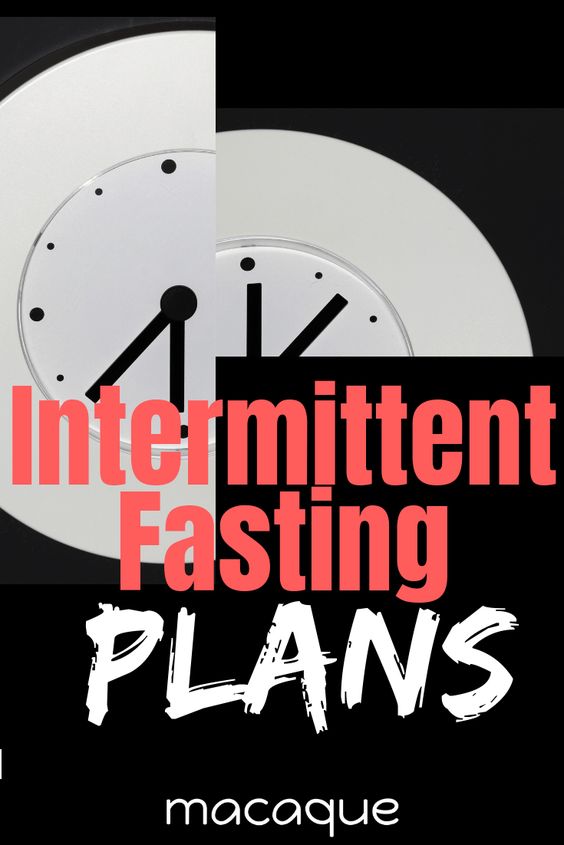 It is quite interesting (to me at least) because first of all, I found out that it is one of the many forms of dieting (Keto Diet, South Beach Diet, etc). If you are as curious as me, just google about it and there are so many information on it.

So how did we fare?

We failed terribly. It took us one week to conclude that this diet is just not for breakfast lovers like us. JUST coffee for breakfast is not sufficient to get us through the first hour of our day at work (by 10am we would ask each other if we could eat a candy).

So what’s next? Trying out another diet?

Not for now. I guess we love our mealtimes too much, but we are trying our best to making better food choices. As for now, we had made a pact to say bye-bye to fast food (D didn’t say until when though, I hope it’s not forever because McD will have Prosperity Burger next year….).

It’s ironic how we can survive Ramadhan, but couldn’t survive this type of fasting >>> points the finger to the syaitan. 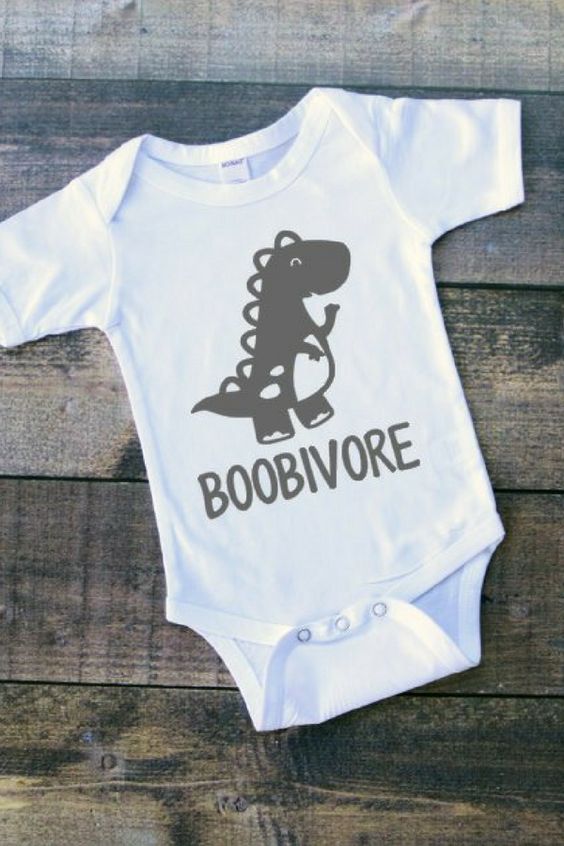 When I was pregnant, I was so sure that I was going to be a full breastfeeding mum… we bought a nursing cover, nursing-friendly clothes, a Hakka pump, supplements and other breastfeeding-related items before the baby came.
After N was born, I was faced with low milk supply. Yet I did not want to give up despite having the masseuse giving me massage to boost milk production, despite downing supplements after supplements, despite having half-clutched eyes pumping on a 2-hourly schedule, despite having nutritious confinement food, despite buying another breastpump, despite pumping less than 1 ounce of milk from both sides, despite having a screaming baby who was being ‘forced’ to latch and for not getting the amount of milk he expected…. I did not give up.Many advised me to keep my efforts going since I have ‘all the time’ during maternity leave and don’t get me going on the pros of breastfeeding.
Because of my low supply, we mix-fed him with Mamil milk formula which costs $54 per tin of 850g. It was costly but something that made him poop smoothly (the milk formula before that caused him constipation). Still, I was ambitious and looked forward to saying bye-bye to milk formula once my milk supply becomes better.
Until one night, N cried so hard as if I was about to breastfeed him poison, because he kinda knew he was not going to get enough milk that he expected. And that was my breaking point.
WHO’D KNEW BREASTFEEDING COULD BE A STRUGGLE???
Goodbye pretty nursing cover.
Goodbye cool-looking Hakka pump.
Goodbye powerful Spectra pump.
Goodbye at the thought of saving money on formula milk. 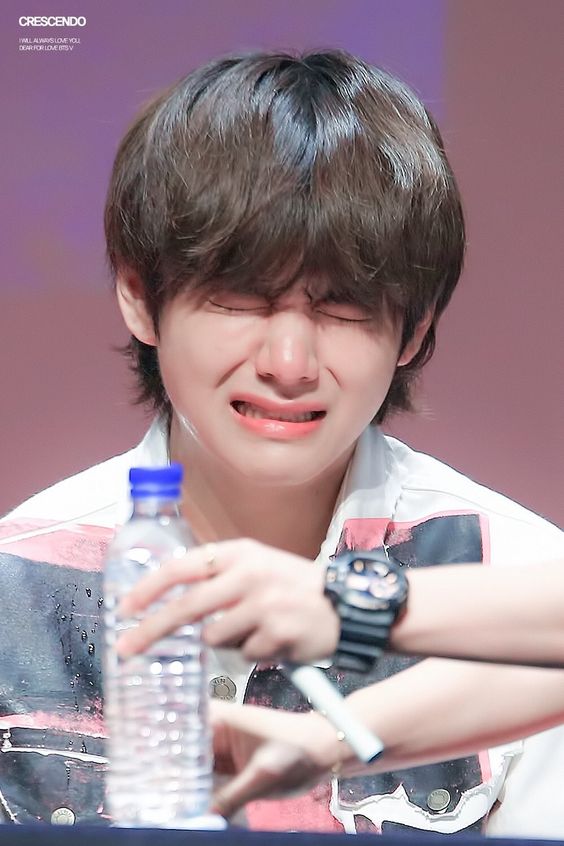 I was so discouraged. So demotivated. I felt so down. I became envious towards family, friends and other ladies I knew who could breastfeed so easily. I was afraid that I would be stripped off from this special bond with my child that people say exists when you breastfeed. I feared being labelled as the incapable mum who could not provide the best nutrition for my child through breastfeeding.
Until one day I saw @jamieyeo’s IG post (I can’t find that post now). It was a chunky post, but it was these lines that changed my mindset completely.
“Don’t beat yourself over it.”
“Fed is best.”
Low milk supply was not the problem. Beating myself over it all the time – THAT was the problem. I beat myself too much over it that I became easily stressed. So D & I decided to make the complete switch to milk formula after I confirmed that I was almost no longer producing milk.
Fast forward to 9 months later, N is healthy and happy. And most importantly, he poops normally.
If you are a new mum facing the first 8 paragraphs of this post, you are not alone! It is not easy to shut your ears and emotions to all these evil comments and thoughts about not being able to breastfeed… but what’s more evil is not giving your child enough and be oblivious about it!
Undeniably, breastfeeding has its pros. But so does milk formula – it has its own set of pros. Most importantly, YOUR CHILD IS BEING FED WHEN IT’S THEIR FEEDING TIME. And your mind tak jadi gila. Maybe it’s not our rezeki to produce enough milk, but our rezeki comes in other forms. Don’t worry babes, Allah kan ada.
(Photo credits:
here
here)

Eid Mubarak to all my Muslim friends!

Yes, I have been missing and maybe have been missed too (teehee)? Since my last post, I have given birth to a baby boy (sorry, no birth story – that’s for my own memory to keep), I have survived staying alive with less than 7 hours of sleep each day, and alhamdulillah, D & I are still sane.

Our baby boy, N (full name: Daing Nabil Bin Daing Afdal) has turned 6 months and is growing well, alhamdulillah. Maybe a few minor issues, but otherwise, healthy and well (from the looks of his poop).

How’s your Hari Raya been? This year, D & I have decided not to buy new raya outfits, because we wanted to lose weight desperately. Hence, we used our old raya outfits as our motivation. As a result, I am happy to report that I fit into probably 50% of my old clothes? D didn’t get to the chance to test his weightloss success because none of his clothes matched the ones I could wear. Haha.

As for N, we only bought 1 raya outfit for him, because we know he won’t wear them next year (unless he wants to take part in the weight loss challenge next year haha) and the years after that. Subsequently we just dressed him in normal outfits like tshirts and pants.

Raya bakes. Well, initially I wanted to order, but the person I wanted to order from decided to bring her closing date earlier due to overwhelming response… so I contemplated whether to bake them or fight through the crowded Geylang Bazaar to get them. I ended up buying them from NTUC, and a piece of advice: Don’t buy if you cannot taste a sample.

Home decor. I have finally successfully persuaded D to get a carpet for our home of 3 years. Yes guys, 3 carpetless years. I saw a carpet design I loved and D caved in too. Heeee…

Next item on the list of persuasion: Get D to binge-watch ‘Nur’ with me.

Other than those, I have so many other things I want to share! Till the next one!

I had never posted this in any of my social media accounts, and whenever I am tempted to share, I held back wondering if I should make this public (padahal all my accounts are not public pun, LOL).

Today I decided to go with it, because I owe this to myself for memories keepsake.

END_OF_DOCUMENT_TOKEN_TO_BE_REPLACED

A few days ago, I was in the bus on the way home from work and I sat facing these two sisters (with their mum seated nearby). They attend the same primary school and of course at different levels.

They were having a conversation about what to buy for their teachers for Teachers’ Day and what first struck me to eavesdrop was their impressive American English accent. It didn’t sound made up since there wasn’t even a tinge of Malay accent (yes, they are Malay girls) and the whole conversation was so fluent. And entertaining too.

(I am not even aware that iPhone 6 has 2 versions. Hahaha.)

Sis 1: I think I’m getting a Stephen King book for Mr. YYY. He would like it.

Sis 1: Yes! You should! She always has a row of rubber bands around her arm. I can so imagine her saying this, “And the best teacher’s day gift goes to xxxx (Sis 2)”
Sis 2: Yeah! That’s why I thought of rubber bands! She’ll definitely appreciate them!

So teachers, if you feel your students are not paying attention in class, think again.

How could I forget to share about our newest addition to the Hall of Haji Makani Great-Grandchildren??? We have reached 30+ kids to date. And growing!

END_OF_DOCUMENT_TOKEN_TO_BE_REPLACED

There was an error retrieving images from Instagram. An attempt will be remade in a few minutes.